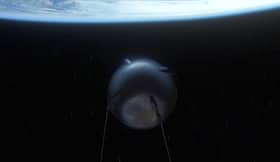 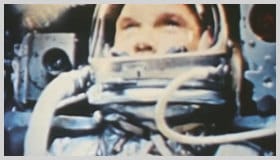 
Description: Astronaut, military pilot, and politician. He was one of the original seven astronauts selected for NASA's Project Mercury, which aimed to put a human in orbit around Earth. In 1962, Glenn became the first American to orbit the Earth aboard the Friendship 7 spacecraft. He orbited the Earth three times in just under five hours. 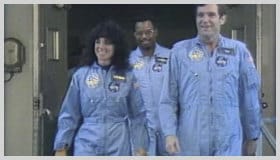 
Description: On January 28, 1986 the NASA Space Shuttle Challenger broke apart 73 seconds into its flight, killing all seven crew members on board. The disaster was caused by the failure of an O-ring seal in the right solid rocket booster, which allowed hot gases to escape and damage the adjacent fuel tank. The accident led to a 32-month hiatus in the Space Shuttle program and significant changes in NASA's management and safety procedures.

Film Gate does not collect or store your data.